And The Clock Keeps Ticking

How many times, in how many languages can you say - Where the heck did the time go? Autumn in Florida = a little less humidity, a little breezer and lovely sunshine!

Amelia loves playing with the "babies." that her Grammy (me) makes. They needed a nap and the mug rugs were a perfect size. 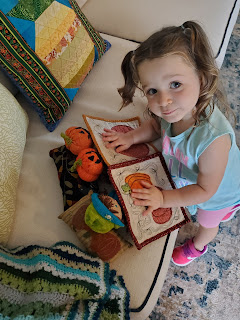 There's always sock knitting. These are not for Halloween, but they might be done in time. 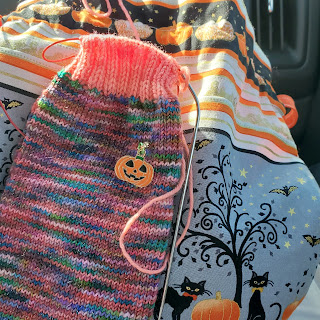 Sewing has been happening.This is MY block in a 12 person swap that's been going on (and traveling around) since January. I'm making an additonal 13 so that I can have a big quilt of 25 blocks. 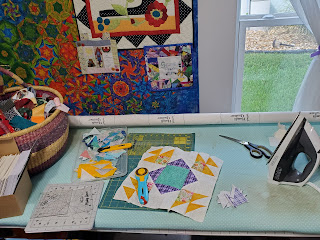 This is my block made for Prescott Deb. It was sew easy to make this bird and sew cute! 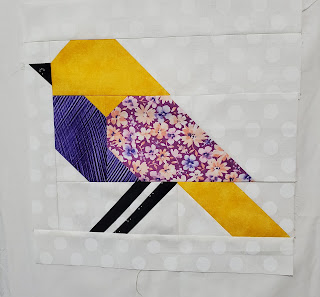 Apparently, I am not yet done making Halloween costumes. Kid#2 needed bat wings. 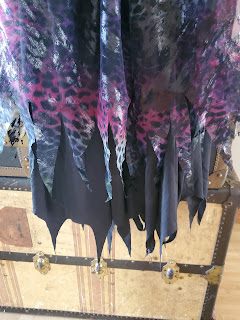 I Goggled "best apple cake" and found this receipe. OMG - it is so yummy. I've made 2! 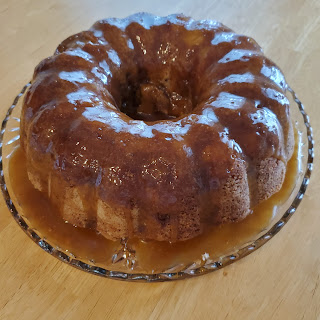 I'm working on a quilt that went VERY wrong on the math side. It's made with charms - for me they were scrappy prints in light orange, coral, salmon, sort-of-pink, and a bit of yardage.  A bit of yardage? While figuring it out, turns out it was more that "a bit." THAT should have rung a bell in my head ... but NO. After I made 3 blocks (of 20), it occured to me that the finished quilt was going to measure 90 x 112!  That's way too big!!! This whole project has been scaled down to 12 blocks and put aside. 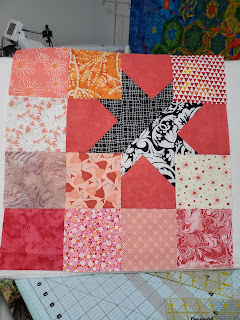 I still need a project that uses 500 pieces, just smaller! Back to the drawing board.
Happy Almost Halloween 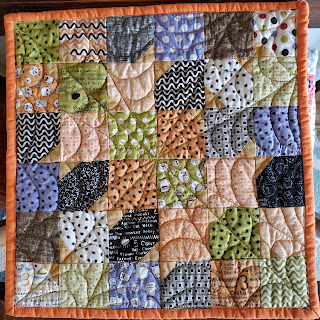